Formation of a Toxic Quinoneimine Metabolite from Diclofenac: A Quantum Chemical Study

Method: In this work, computational studies were conducted to detail the formation of a quinoneimine metabolite from diclofenac. Further, the idiosyncratic toxicity of quinoneimine due to its reactivity was also investigated by quantum chemical analysis.

Results & Conclusion: The results demonstrate the possibility of formation of quinoneimine metabolite due to various factors that are involved in the metabolism of diclofenac. The present study may provide the structural in-sights during the drug development processes to avoid the metabolism directed idiosyncratic toxicity. 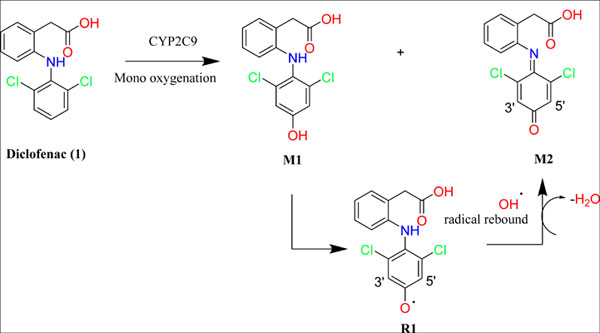